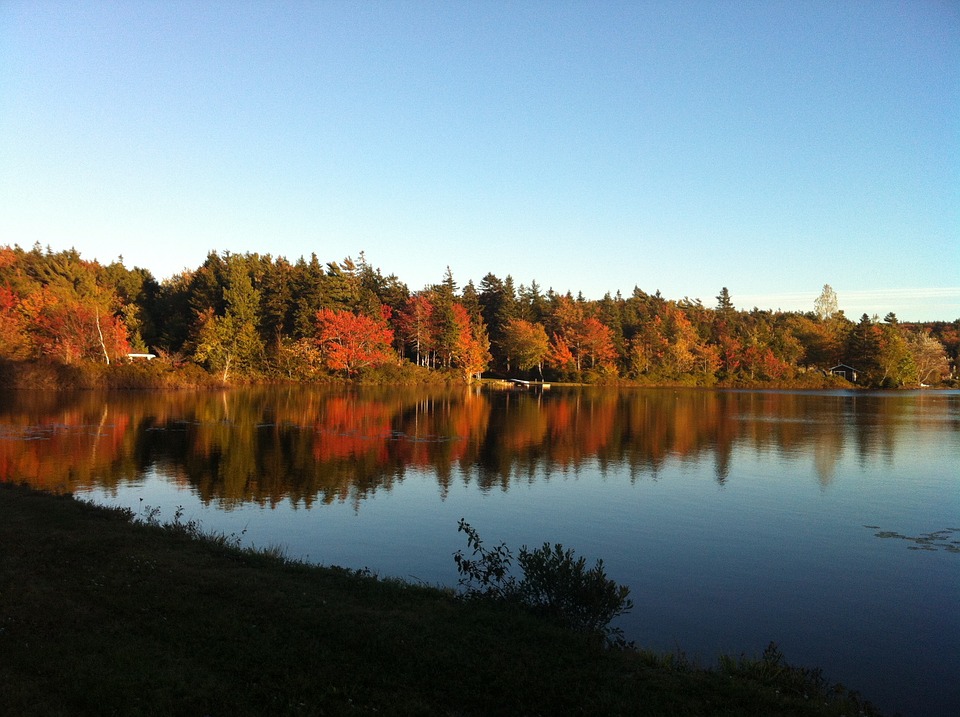 I flew to Halifax in Early September. I flew from Manchester via Toronto, but it is just as easy to route via Heathrow and then direct into Halifax Halifax is a great waterside city, with a huge amount of maritime history. It was a major centre for immigration –with over 1 million immigrants passing through the city. The Canadian Museum of Immigration is situated in one of the old immigration sheds on the waterfront. Tragedy was common in those days. Halifax was the closest major city to where the Titanic sank, and indeed many of the rescued bodies have been laid to rest in Halifax Cemeteries. Visiting them is very poignant.

The climate in this part of Canada is very temperate, with highs in July of about 24 centigrade. Nova Scotians are very fond of the outdoors – and the waterfront area is home to some great bars and restaurants. Even when I visited in September it was warm enough to sit out to eat in the evenings, something which I love doing. There are more pubs and clubs per capita in Halifax than any other Canadian City so it has a lively feel.

The food in Nova Scotia is wonderful; lots of fresh fish and seafood. The seafood chowder is magnificent, each restaurant having its own recipe. Seafood platters are also widely available- showcasing a mixture of the best local produce – lobsters, prawns, salmon, oysters, etc. To have that washed down with a local bottle of crisp white wine is a fantastic way to spend an evening.

Nova Scotia is home to some really good boutique vineyards, breweries and distilleries . Wine making is relatively new, and the output is not huge, but the wines are very good. There is a Good Cheer Trail – Canada’s first winery, craft brewery, cidery and distillery trail, where you can visit a selection (or all) from 49 locations across the province.

After a few days in Halifax, I left to explore more of the province. The small pretty coastal towns of Peggy’s Cove and Luneburg are a short drive away and very popular with photographers.

Also close by was The Bay Of Fundy, which has the highest tides in the world. To be there at the change of tide and see the rush of the incoming tide was a sight I will never forget. For the adventurous you can do tidal bore rafting, which looked great fun.

Venturing further afield, I drove up the North East of the Province – Cape Breton Island. This is now attached to the rest of Nova Scotia by a causeway making access very easy. Cape Breton is very scenic and is home to the Cabot Trail – a 300km scenic trail hugging the coast around the island. There are plenty of places to stay along the route so you can break the journey.

Outdoor activities are very popular here, there are many hiking trails in the park, and the rugged coastline lends itself to kayaking in the many inlets, with the chance of spotting wildlife in the forests. Golfing is also popular, with several of the best courses in the province along the Cabot Trail.

Driving was very easy as the roads were quiet and everywhere was well signposted. There are lots of different grades of accommodation to choose from;- campgrounds, cottages, inns, bed & breakfasts , hotels, so finding somewhere suitable to stay is not a problem.

There are many festivals in Cape Breton – so whatever your interests you are sure to find something to see. One of the most popular is the Celtic Colours festival – held in October which combines the traditional Celtic Music with the lovely Autumn Colours. You don’t have to go to New England for the Fall!

We use cookies to ensure that we give you the best experience on our website. If you continue to use this site we will assume that you are happy with it.Ok